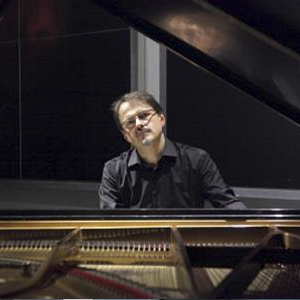 Luca Chiantore is an Italian musician and scholar. As a concert pianist, he has performed in major concert venues in Europe, Asia, and the Americas. As a musicologist, he has lectured and given seminars at more than 150 universities and music schools worldwide.

His Historia de la técnica pianística (2001; English version, entitled Tone Moves: A History of Piano Technique, 2019) is the most read academic text on piano in Spanish-speaking countries. He is also the author of the first book to be published on Ludwig van Beethoven’s widely unknown keyboard exercises (Beethoven al piano, 2010; Italian version, 2014), and Escribir sobre música, as co-author alongside Áurea Domínguez and Sílvia Martínez.

Besides his activity with David Ortolà as Tropos Ensemble, in November, 2018, he launched a new artistic-research solo piano project, inVERSIONS (www.in-versions.com), focused on how musicology can offer alternative ways to perform the classical-music repertoire. Since 2003, Luca Chiantore’s activities have been coordinated by Musikeon.